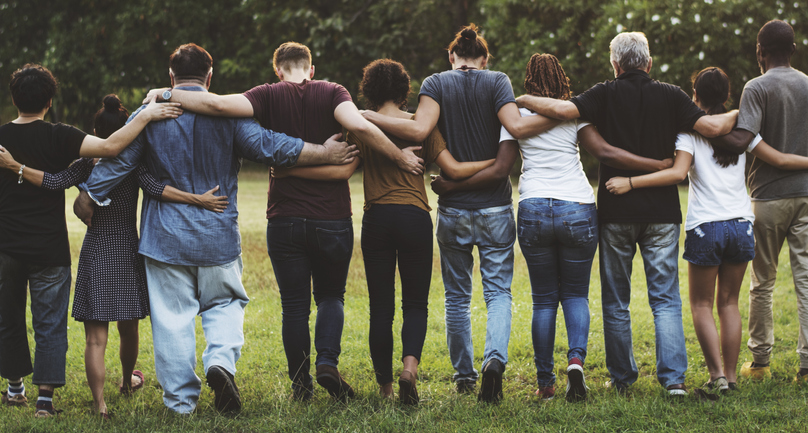 September is National Recovery Month, begun in 1989 under the name of Treatment Works! Now in its 32nd year, the theme is RECOVERY IS FOR EVERYONE: Every Person, Every Family, Every Community. Each year we take the opportunity to celebrate the millions of Americans who are in recovery from mental and substance use disorders. Formally the province of SAMHSA, Recovery month is under the auspices of Faces and Voices of Recovery. Faces and Voices will be heard and seen across the Globe in Celebration of the Reality of Recovery in all its forms. California kicks it off from the Capital steps on September 1st. Our new RCO, and first in Orange County, The Purpose of Recovery, will be there.

The following is a brief review of some origins and history of the Recovery Movement. In this, I include the names and words of others’ whose passion and purpose gave birth to a campaign to put a face and a voice on recovery. I learned from the words of William Cope Moyers that he and Jeff Blodgett met with the Robert Wood Johnson Foundation leadership and presented an idea to RWJF to build connections through building alliances.  Its Leadership Forum recognized the worth and wisdom to generously fund and launch the Alliance Project.  More than two years work was done by the Alliance Project and its affiliated sponsors. They provided focus and channels for a growing advocacy force among individuals recovered from addiction, their families, and allies. I was privileged to be a part of an Alliance Project conference with plots and plans. I first met White Bison’s Don Coyhis there and learned the lesson of connection and unity from his ball of yarn. There were focus groups and a national survey by Peter Hart & Associates called the Face of Recovery. The Paul Samuels and Legal Action Center offered to assist with the issues of stigma and discrimination. Johnny Allem, who had headed The Society of Americans in Recovery, (SOAR), contributed much. All activities set the stage for the 2001 Recovery Summit and incubation of what has become The New Recovery Advocacy Movement. (NRAM).

In October 2001, at the invitation of RWJF and with support of the Center for Substance Abuse Treatment (CSAT), nearly 200 of us assembled in St. Paul, Minnesota. The assembly was called The Faces and Voices of Recovery Summit.

It met with 3 goals to be considered: To celebrate and honor recovery in all its diversity 2. To foster advocacy skills in the tradition of American advocacy movements 3. To produce principles, language, strategy, and leadership to carry the movement forward. An important consideration was the need for Unity of Action and Purpose by all recovered people – regardless of recovery path and inclusive of every path – and was regarded as essential to success. Impact on the American public is directly related to unity of message within the recovery community. Carol McDaid, who followed me as Board Chair of Faces and Voices of Recovery, reflecting on the Summit said, “Looking back, I think we took unity for granted. History is clear. We have never gotten anywhere without unity of purpose. It is my sense that some of that unity has been lost along the way… It is certainly not too late to focus efforts on unity and I think it is vital that we do so.… when we fail to do that, we are not taken seriously and all the resources that could save lives and build recovery community flow elsewhere. William Moyers, in an interview said,” I think we have missed an opportunity to grow the movement through more philanthropy”.  I believe our prospects have improved greatly with the growing number of Recovery Community Organizations (RCOs) and the obvious economic and social impact on persons, families, and communities.

I agree with William White who said, “There was electricity in the air from the moment we gathered, and I distinctly remember thinking at one point that what we were doing could mark a new chapter in the history of addiction recovery—a line in time between that in the future would demarcate “before” and “after.”  You see, many of us knew of each other but we had never gathered as recovery advocates. The energy generated by finally placing so many of us in one place was amazing. That energy and its resulting shared vision is what I most remember.” Further, “there was a calling for us to move beyond clinical models of care to models of community organization and cultural revitalization. All these influences stirred within the pot of the 2001 Recovery Summit. And we also knew we were there to accept a torch passed to us from recovery advocates of earlier decades The prime source for interviews is https://recoveryreview.blog/. I found the words of others’ fascinating, enlightening, and worth attention.

I recall spending time with Susan Rook and credit her with the words “By Our Silence, We Let Others Define Us”. Senator Paul Wellstone was our keynote speaker and said, “This is the beginning of a civil rights movement,” The analogy to rights movements through America’s history rang throughout the three-day meeting. Jim Ramstad, our legislative champion was present. It was a magical three days as afterwards we set out to make some history. Fact is it almost didn’t happen. Turbulent times. As the last day came to an end, William Moyers said, “I realized we had pulled it off, we had conducted the summit in between the 911 attacks and the start of war. It was in the nick of time, and we managed to get it done. We are STILL HERE!” Faces & Voices of Recovery was born and will celebrate its 20-year anniversary in October in St Paul.  William White quoted author and Pulitzer winner,  Barbara Tuchman as saying, the most difficult task of the historian is to capture the contextual roots and cultural significance of vibrant social movements while they are “still smoking”.  An interesting statement, given the events of the last few years.  We are soldiering and smoldering on and fanning the flame of the reality of Recovery. We stand up, standout, speak out, and are proud about it. Find the Joy—and celebrate.