Craving and Relapse Prevention Based on the Gorski Model, Part III of VI 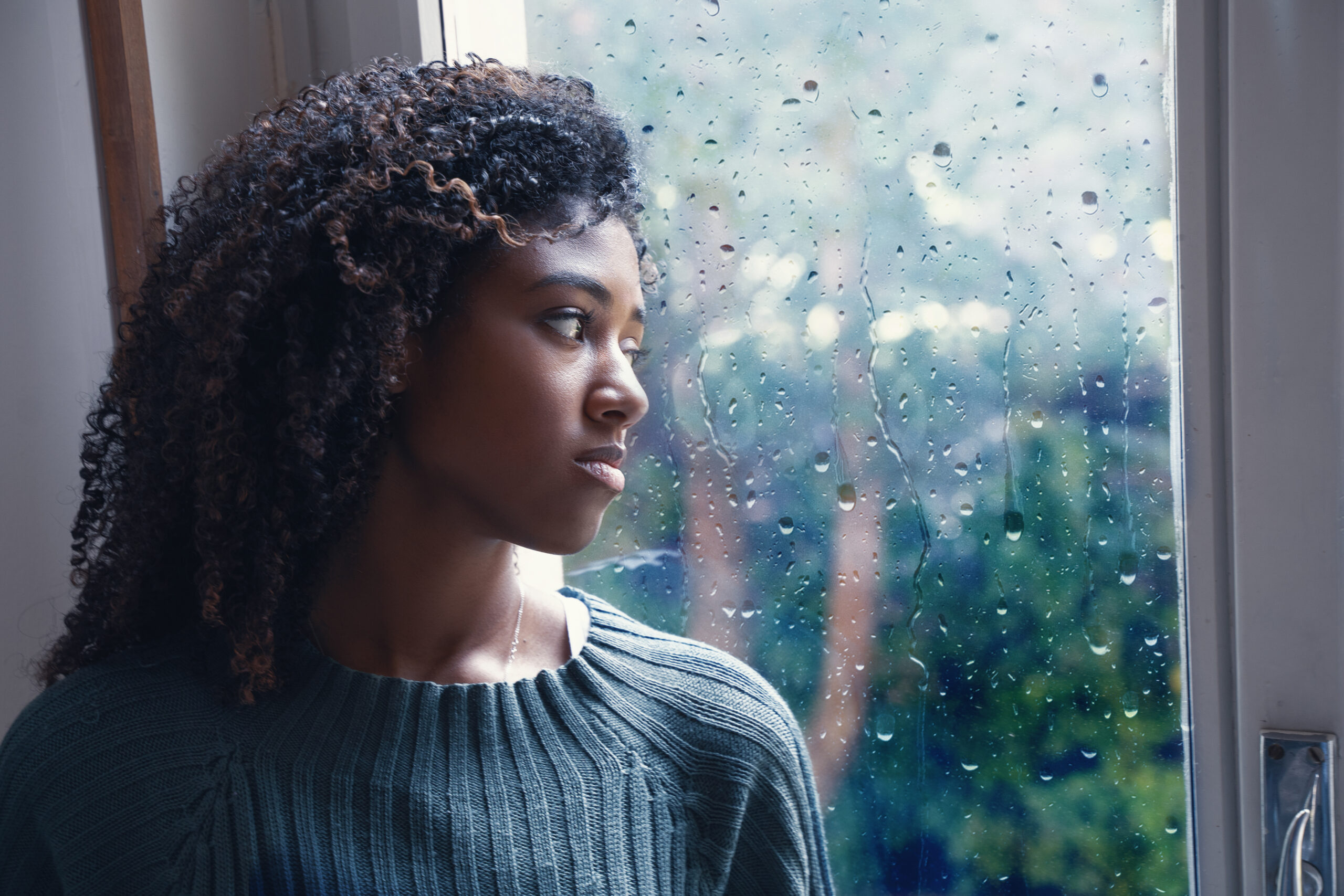 As we continue our focus on setup behaviors, I want to introduce the term “anhedonia” to you. Anhedonia is “the inability to experience pleasure” (Gorski, 1988). This is very common for people in early recovery. My theory is that it results from measuring the current pleasure level to that which is experienced when using—when people get sober, nothing in their sober lives seems to come close to measuring up to that pleasure level. A constant feeling of boredom results and they are disillusioned by the fact that they do not have pleasure in their lives anymore.

When I was only a few days sober and still in a treatment center, my fellow patients and I were taken by hospital van to the alumni Christmas party. I remember being bored out of my mind. I could not believe that any of the alumni could possibly be having as much fun sober as they were appearing to. I concluded that they must be putting on an act for us newcomers so we would want to stay sober. I wondered whether such an event could ever possibly give me pleasure unless I was loaded.

Approximately eleven months later, I was at my grandmother’s house for Thanksgiving. In the past, such gatherings at Grandma’s would include my grandfather when he was alive, my father before his divorce, and my uncle before his divorce. They would all play dominoes while some of us kids watched or played with one of Grandpa’s gadgets. Our moms would all be talking together, and my grandmother would typically be playing the piano while bouncing one of the grandchildren on her knee. However, what Thanksgiving had become to me in my using days was getting the meal out of the way so I could get the heck out of there and party uninterrupted for the next four days.

Anhedonia is “the inability to experience pleasure” (Gorski, 1988). This is very common for people in early recovery.

In a very spiritual moment, I started looking around the room. Now my brothers and I were playing dominoes, my grandmother was still playing the piano, and my mom was bouncing my nephew on her knee. I got tears in my eyes and thought, “Isn’t this great? It’s like old times, but a generation later.” For the first time in my sobriety, I realized I could get excited about the simple things in life.

Remember, it is very important for our patients to know that the inability to get excited about anything in early sobriety is temporary. As they eventually get removed from the memory of the pleasure and excitement of their use, theyv will once again gain satisfaction with their lives.

Another psychological setup behavior is positive expectancy, defined by Terence T. Gorski, MA, CAC, as “the belief that everything would be fine if we could use drugs again. This is a form of ‘magical thinking’ based upon the mistaken belief that future alcohol and drug use has the power to magically fix our current problems” (Gorski, 1989). This return of denial leads people to think that using will work again. Gorski notes that, “The belief that it will kill us does not destroy the belief that it will work for us again, at least temporarily” (1989).

This point was played out for me both professionally and personally. One day at St. John’s Hospital in Santa Monica, I was giving a lecture on the ingredients for recovery and was interrupted by an elderly man who stated, “Bob, I don’t have to do all that stuff. My doctor told me that if I have another drink, my liver will fail and I’ll die, so why would I ever take another drink?”

I attempted to explain to him that the decision to stop drinking does not translate directly into not drinking. The decision to stop drinking must translate into the appropriate action, which then leads to not drinking. The group loved this guy and tried to convince him to stay for rehab after detox, but he declined.
Three weeks later, we all received the sad news that this man drank again and died. Now, it may have been a deterrent if he had believed that one drink would, in fact, cause his liver to fail and he would die. But he probably thought, “Of course a single drink won’t kill me, so I’ll have just one.”

We have established the fact that alcoholics are usually not capable of having “just one” drink, so they will proceed to drink themselves to death. This is a very important lesson for all of us. People die from the disease of addiction and most people do not believe it will happen to them. Most of us who work in the addiction profession have witnessed such tragedies more than once.

I too have personal experience with the belief that drugs would kill me, without destroying the belief that they would work for me again. When I used cocaine, I smoked so much that my heart would start hurting so severely that I could not take another hit until it started hurting less. I am sure I was on the verge of a heart attack, and this happened every time I used. So, when I went through my usual ritual of scoring my drug and cooking it up into crack cocaine, I would put the pipe down before I took my first hit and pray to God that this time it would not kill me. Here I was, about to engage in a behavior I knew could easily take my life, and I was still willing to go through with it. What an insidious disease!

Finally, there is denial and evasion, in which “we resist the belief that we are actually doing any of this” (Gorski, 1989). We say to ourselves, “No, I’m seeing my past use accurately; it really was that good,” or “I’m not awfulizing sobriety; this is really terrible,” or “This is not positive expectancy; I’m sure my using will help me” (Gorski, 1989).

This is why it is important that our patients have sober support systems they can share openly with about such distorted thoughts so they can get a reality check.

Social setup behaviors are easily explained by Gorski: “We begin to isolate. We avoid social situations and remove ourselves from others. We spend more and more time alone totally preoccupied with self-pity, grandiosity, or in black moods” (1989). Many people who come into treatment mistakenly believe they can attain the necessary recovery information and then get sober on their own—this almost never works. This is an “I can’t,” but “We can” program (Gorski, 1989). We must bring others into it and keep them there.

Some in recovery speak of “the committee” in their heads that works against them in their recovery. I believe that this committee is actually the disease itself, fighting for its life. It tells me what a piece of dirt I am and you are. It is inherently negative, skeptical, and keeps me worrying about and overreacting to the most trivial events. A sober friend of mine used to share at meetings that the only break he got from his committee was when he went to sleep. Then he would wake up and the first thing his committee would say is, “Where the hell have you been? I’ve been waiting to talk to you!”

It is important in early sobriety to be very active in using the tools of recovery so this committee can be interrupted with reality. However, when our patients begin to get complacent about their recovery and begin isolating, this committee is allowed to run uninterrupted. This inevitably leads to relapse.

I might add here that going to meetings is like putting recovery in the bank. Attending on a daily basis gives our patients plenty of recovery to draw upon in difficult times. When they first stop going to meetings, it is as if they are withdrawing recovery from their account without depositing any. As long as they still have recovery to draw upon, they often continue to feel alright. However, if they continue to make withdrawals without any deposits, they eventually have nothing left to draw upon and they relapse. 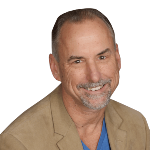 Bob Tyler, BA, LAADC, CADC-II, has been working in inpatient, residential, and intensive outpatient levels of care since 1990. He serves as compliance officer at LA CADA, is owner of Bob Tyler Recovery Services (consulting, CD private practice, training), is past president of CAADAC, and is on faculty at LMU Extension in the AOD Studies Program. He authored the EVVY Award-winning book, Enough Already! A Guide to Recovery from Alcohol and Drug Addiction, and has produced several educational DVDs shown in over one thousand treatment centers across the country, including Craving and Relapse.